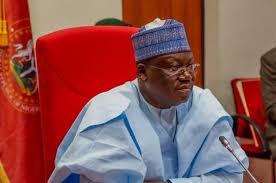 A message from  the Nigeria Union of Journalists (NUJ), Nigerian Guild of Editors (NGE) and Newspaper Proprietors’ Association of Nigeria (NPAN) about the adverse effects of the controversial media bills in the national assembly dominated the cover pages of Nigerian newspapers.

The Punch reports that states have run out of vaccines amid the third wave of COVID-19. The newspaper says the senate has approved a N4.87bn budget for the National Intelligence Agency (NIA) to track, intercept and monitor calls and messages on mobile devices.

The Nation says the Lagos government has alerted its residents that the state is currently experiencing COVID-19 third wave. The newspaper reports that the courts would be barred from declaring winners of elections if the recommendations of the senate committee on electoral act amendment scale through.

NNPC Major Shake up: Muhammed returns as Spokespersons, redeploy others