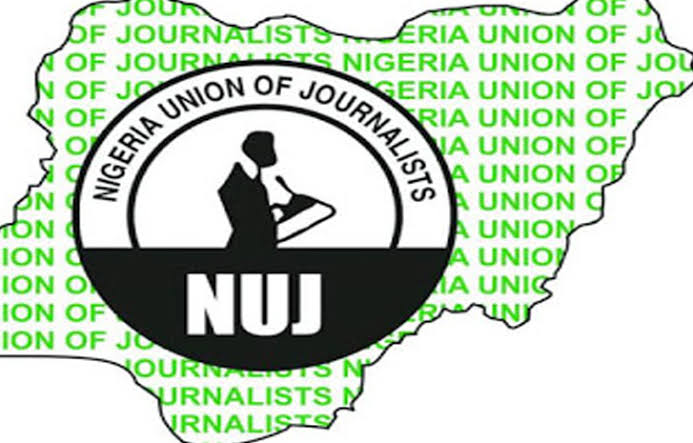 South/East NUJ debunks report  of Split in the Union

The South-East caucus of the Nigeria Union of Journalists has debunked a report published in an online newsedia, purporting that the union has been factionalised into two.

A statement jointly signed by 13 officials of the union in the zone described the publication as a figment of the imagination of the writers, and the platform that published it as an “integrity and ethically-challenged blog” that should not be taken seriously.
It said the NUJ “under the leadership of Chief Chris Isiguzo is very much intact as he continues to enjoy the support and solidarity of members as exemplified by an overwhelming vote of confidence passed on him by leaders of the union across the country during the April 16, 2021 National Executive Council (NEC) meeting at Asaba, Delta State.”

The caucus called for a sanction against the publisher of the blog, Petrus Obi, and his alleged co-conspirators, whom it described as “black legs” in the union.

The caucus claimed that its investigation revealed that Petrus Obi, who runs the blog, was sacked from the Sun newspaper for un-professionalism and character deficit.

“The antics of Petrus and his co-travelers are well known to us, as this is their usual strategy of trying to muddle the water each time a national election of the union is around the corner.

“But like they failed before, the same unmitigated failure awaits them again! Not even the series of instigated law suits will distract our performing national president, or detract from his trail-blazing leadership of the union,” it said.