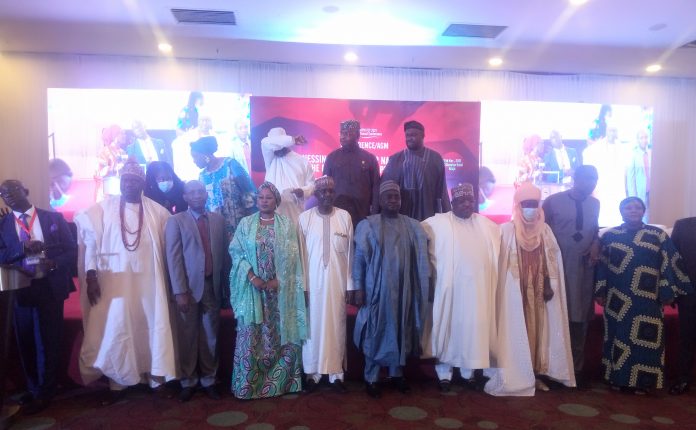 Minister of the Federal Capital Territory (FCT), Mohammad Bello and the Senator representing FCT in the National Assembly, Philips Aduda, have called for the deployment of Public Relations Practices to forge National Unity in the country

Speaking at the NIPR FCT chapter’s Annual conference, in Abuja, the minister opined that the strength of our country and people lies in our diversity.

While presenting a paper on the theme: ‘Harnessing Diversity for Nation Building; The Public Relations Perspective.’ the minister, represented by his Chief of Staff, Bashir Mohammed Mai-Borno, contended that the dissolution of the country was ill-advised, for those agitations for the dissolution of ‘Brand Nigeria.’

Bello said: “The truth, always backed by evidence, is that the strength of our country and people lies in our diversity. We are stronger together because each of our component parts have something unique to contribute which cannot be found elsewhere.”

On his part, Senator Aduda, argued that the country’s diversity has remained a curse as previous governments failed to judiciously utilise the resources to keep the country united and developed.

He said: “I am convinced that the word ‘harness’ will continually interrogate the fact that Nigeria has remained a very big nation both in the continental and global space, with a conservative population of about 200 million people, over 450 ethnic nationalities with their peculiar languages, huge material and human resources.

“Yet these obvious advantages have largely remained somewhat a curse rather than a blessing to us.

“I must not fail to point out too, that our huge natural and human resources have not been passionately deployed to build this nation.

“Irrespective of our religious, political or cultural inclination, fact remains that government over the years and sadly, I must admit, the uncommon collaboration by eminent political, religious and traditional leaders have considered our diversity as a means of attaining political relevance, some others, ethnic champions without due considerations to how our diversity can be nurtured, pampered and bloomed which will inadvertently build the nation as one indivisible and corporate entity.

“It is also important to underscore the co-relation between building, growth and development. Each of these elements has implications and dependency on the other.

“We therefore cannot said to have development in this country even with the arrays and vast swatches of skyscrapers, beautiful mansions which dotted our capital cities across the length and breadth of Nigeria.

“The theme of the NIPR conference is
a sad pointer to this assertion that we are yet to fully build this nation howbeit that the foundation had been laid over 60 years ago.

“I am certain that our foundational leaders could not have envisaged that 60 years down the line, the foundational base of our nation have not been thoroughly fortified with ‘good iron rods.’”

In her welcome message, NIPR Chairman, FCT chapter, Mayram Sanusi, adviced for cooperate and public organisations to seek the services of public relations officers to deepen communication and understanding with Nigerians.

Sanusi also narrated how the Public Relations profession had remains a profession for the future and this cannot be disputed. Every individual and organizations need a PR to survive.

“Government and other professionals need a PR to reach out to their valued stakeholders. A profession which emphasizes constant communication to engender trust, love and mutual understanding between and among our various stakeholders termed ‘Publics’ cannot be said to be off the cuff, especially when we factor in the consequences of disharmony, distrust and misunderstanding in our relationship with one another.

“I make bold therefore to enjoin such organizations, individuals or government who has failed to see the importance of PR in their day to day operations to as a matter of priority, establish and entrench PR and deploy its many tools for their maximal benefit going forward.”

Sanusi appealed to FCT Minister to “kindly assist the NIPR whose both its Headquarters and FCT Chapter is domiciled in the FCT to get a plot of land to erect its permanent Secretariat building.”