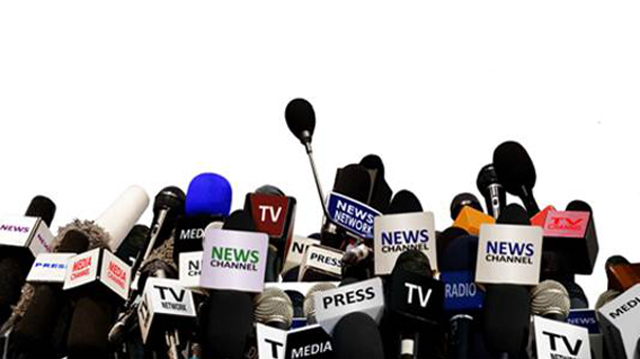 The Department of State Services has urged the media to consider the peculiarity of Nigeria in terms of ethnic and religious diversities in news reportage.

Dr Peter Afunanya, the Public Relations Officer of the DSS, said this on Saturday in Abuja, at a one-day seminar on the Media and National Security.

The seminar was organised by the DSS in collaboration with the Federal Capital Territory Council of the National Union of Journalists for members of the DSS press corps.

He said that the spread of fake news cuts across all ages, professions and status in this era of the social media.

“We believe that in discharging its responsibility, the media must also take into account, the peculiarity of the country in terms of ethnic and religious diversities.

“The media must be responsible users of the pen and agenda setting such that the agenda we set must be one that can promote unity, cohesion and peaceful co-existence.

“When you use your pen to twist facts to suit your emotional and selfish interest and make people of different nationalities to fight each other, you are not achieving what the constitution has demanded of you,” he said.

Afunanya urged journalists to shun fake news, adding that it is a deliberately-fabricated and disseminated information with the intention to mislead others into believing falsehood.

Mr Emmanuel Ogbeche, the Chairman of FCT Council of the NUJ, in his keynote address, said that the theme of the seminar was apt in view of the current security challenges facing the country.

He said national security is the protection of lives, rights, dignity and property of citizens, adding that the aim is to secure the just and equitable living conditions of the populace.

Ogbeche called on journalists to use the powers bestowed on them in the constitution judiciously and for the interest of the public, noting that objectivity is key in the discharge of media responsibility.

He said security agencies, vested with the authority to ensure public safety, protection of the economic interest and political stability, would not achieve their goals without the media.

The NUJ chairman therefore called for mutual understanding between the media and security agencies. (NAN)

Sheikh Gumi Should Be Behind Bars ‘If’ — NUJ President