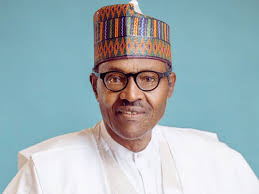 Human Rights Writers Association of Nigeria, HURIWA, has asked the United Nations Human Rights Council to punish Nigeria for the egregious violations of the human rights of media workers in the country.

The rights group said the classification of the Nigeria’s National Human Rights Commission (NHRC) by the UNURC should be downgraded as a global sanction for President Muhammadu Buhari’s penchant for physically brutalizing media workers and administratively frustrating enjoyment of press freedoms and freedom of expression in Nigeria.

HURIWA regretted that even when it is evidently clear that president Buhari has crippled the operational independence of NHRC, the UNHRC behaves as if Nigerians are less valuable in terms of the universality of the fundamental human rights captured by the universal declarations of human rights.

“We think the UN Human Rights system is racist because how else do you explain this inequality and neglect of the crackdown of media workers happening in Nigeria but yet the British Government continues to dine and wine with the rapidly emerging dictator in Abuja who keeps globetrotting?”

In a media statement by the National Coordinator Comrade Emmanuel Onwubiko and the National Director of media Affairs Miss Zainab Yusuf, HURIWA regretted that on daily basis security forces apply physical torture and brute force to stop and prevent media practitioners from exercising their functions stipulated in section 22 of the Nigerian Constitution.

“No day passes without reports of arrests or physical brutalization of Journalists by the Department of State Service (DSS) or the police just as there have been attempts even by the Federal High Court in criminal collusion with the security forces to bar Independent Journalists from covering litigation of public importance.

“Over a dozen Journalists have been killed by police attempting to quell peaceful protests just as these media workers are only just doing their duty as permitted by the Grund Norm.

“We totally condemn these systematic clamp down on Journalists. We condemn President Muhammadu Buhari for escalating attacks against the citizen’ enjoyment of freedoms of expression including the illegal ban imposed on the use of Twitter for over a month.

“There are scores of attacks against citizens for posting comments considered damaging to the reputation of political office holders and governors and there are another dozens of Nigerians who are languishing in jails over media rights related issues.”

HURIWA recalled that on July 28, 2021 operatives of the DSS at Mpape Magistrate Court, Abuja, harassed a journalist with online medium, Premium Times, Ameh Ekwonyilo, for taking the pictures of five activists arrested at the Dunamis International Gospel Centre for wearing T-Shirts with the inscription #BuhariMustGo.
The reporter, who was in court to cover the proceedings of the trial of the activists, was harassed and had his mobile phone seized by the gun-wielding officers who were stationed within the premises,” the group added.

“Then on July 26, 2021 there was heavy security presence at the Federal High Court in Abuja preparatory to the arrival of the detained leader of the proscribed Indigenous People of Biafra, IPOB, Nnamdi Kanu, for continuation of his trial on treasonable felony charge.
Armed security operatives, mainly from the DSS have barricaded all access routes to the court premises which is beside the Federal Ministry of Justice,” the group further recalled.

The operatives, HURIWA said, blatantly refused to allow this reporter access to the court premises, insisting that only media outlets in a list that was handed to them, would be allowed to enter the court premises.

Again HURIWA said that on 11th June 2021 the operatives of the DSS and some policemen, yesterday, descended on a reporter with the Punch newspaper, Friday Olokor. The journalist, who was to cover a panel of discussants at the ongoing African Council of Women Conference in Abuja, was brutalised and had his clothes torn by the security men on duty.

On July 30, 2021 in the North Eastern state of Bauchi, HURIWA recalled that the Nigeria Union of Journalists (NUJ) has directed all media organizations in Bauchi state to suspend coverage of all police activities in the state after an assault on a journalist in an event in the state metropolis.
The Union of media workers HURIWA said, while reacting to an attack on the reporter of Africa Independent Television (AIT) in Bauchi, Nagari Damina Yusuf by the Police Special Squad at his duty post, gave the directive in a press release signed by the State Chairman Umar Sa’id and Secretary Isah Garba Gadau and issued at the end of its emergency meeting on Friday.

Pantami in the Eyes of the Law By Yunus Abdulsalam