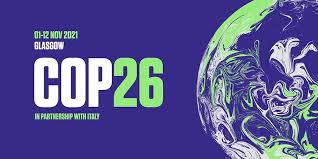 Presently, the world leaders have gathered in Glasgow, UK to take part in the 26th UN Climate Change Conference (COP26). The two-week summit is an important space for stakeholders to discuss the climate crisis on a global level every year since 1995.

These annual conferences bring together those that have signed the United Nations Framework Convention on Climate Change (UNFCCC), an international environmental treaty addressing climate change.

The 26th COP was meant to take place in November, but it was postponed due to the COVID-19 pandemic. officials are expected to discuss technical issues including carbon credits, funding for countries vulnerable to climate change and nature-based solutions in the first week of the summit.

Earlier, at the global event, a UK news medium The Guardian Published this on its news medium: ‘some Britain’s biggest companies, who sponsor the event have raised formal complaints blaming “very inexperienced” civil servants for delayed decisions, poor communication and a breakdown in relations between the organisers and firms in the run-up to the landmark talks”.

From its claim, it’s cited a source that, ‘One source, employed by a COP26 sponsor, said that “the biggest frustration” was the lack of information about how the event will run, and the role for its key backers, because important questions have gone unanswered and planning decisions have been delayed.”

In another claim, at the 5th day of the event, BBC also reports how poorly the summit was organised quoting Vic Barrett , a climate Activits, of the Power Shift Network, that he ‘believes Glasgow has been the most disorganised of any of the COPs he has been to among others’.

The question now, since the sponsorers, delegates, and climate actors had blamed the organizer of this mundane Summit for lack of adequate and mismanagement of information. There, it is important to x-rayed how effective and strategic dissemination of information deployed for the climate action, the role of public affairs and corporate communications can play for effective message implememtation on cutting carbon emission to net-zero level.

A study conducted by Salterbaxter an international PR Consulting firm, shows performance data on companies on their climate communication action, the degree of reach and engagement around their communications on digital, social and traditional media.

The study found that “76% of blue chip businesses in high emissions industries that perform well on their climate actions fell short in their use of communications to enable sustainable behaviour change. A further half of businesses that scored high on climate action scored low or medium on CEO leadership that enhances sustainability”.

For Nigeria, president Muhammedu Buhari at the summit, assures that “Desertification in the north, drought in the centre, pollution in the coast are enough evidence for all to see, Nigeria is committed to net-zero by 2060,” though the concern is not how juicy the speech look promising but how communicators both corporate or public affairs promote the sustainable action of climate perception.

Evidently, communication studies has shown importance in the advocacy of social causes and climate change, and how it could influence the creation of public policies or initiatives.
Nevertheless, it is right to ponder to what extent a risk and inclusive communication practice can provide coverage that promotes the visibility of vulnerable groups in times of climate change crisis.

Analysts had identified that Storytelling through campaigns, lobbying through the media and relevant stakeholders is paramount. Engaging governments, influencers, media, communities, industrialists and other key stakeholders to ensure there is equitable access for all beings affected by climate change to be afforded affirmative action.

As communicatoion pro, either for agencies, corporates, NGOs among others, it is worthwhile to note that there are critical task of multiplying message to diverse audiences.

As we seek to amplify messaging around climate change, the need to hold our leaders accountable to their promises is important. This is not a reserve of COP26 or alike platforms- the media, bloggers and influential members of the society should consistently call on the government to implement policies and pursue efforts following the legally binding international treaty on climate change at COP21 in 2015.