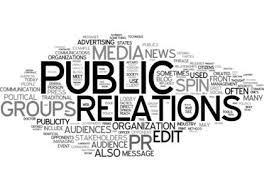 As the 28th edition of the African Public Relations Association (APRA) conference gathers momentum, more renowned speakers have joined the league of facilitators for the conference scheduled to hold this month in Calabar International Convention Centre, Calabar, Nigeria. The edition also commemorates the organisation’s 41st anniversary.

To add colour to the event, the leadership of the Pan African Organisation, has unveiled a logo identity to drive the event with the theme ‘Leapfrogging Africa: The Role of Communication.

Unveiling the logo for the forth-coming 28th Annual Conference at a press conference addressed by the Secretary-General of the Association, Mr. Yomi Badejo-Okusanya in Lagos, Ms. Kate Henshaw, an actress and adviser to the Cross River State governor explained that the unstoppable Spirit of Africa resonates with her state adding the state will stop at nothing in promoting the spirit of Africa as a business and tourism destination on the continent. Henshaw pledged the support of the Governor of Cross River State, His Excellency, Dr. Benedict Ayade who is expected to grace the event.

APRA being the central and most significant interaction platform for the practice of public relations in Africa is established to foster unity via interaction and exchange of ideas amongst public relations practitioners in Africa as a whole, and through communication, promote social, political and economic integration on the continent.

It is also aims to drive the narrative and frame vision and reputation of the continent, as the clearing house for public relations information in Africa, it also promotes African Unity and cooperation especially as a consultant body to the African Union and its various agencies.

According to the APRA Secretary-General in the 40-year existence of the association, 27 editions of the conference have been held across various countries on the continent. Such locations include Lagos, Abuja, Accra, Kumasi, Nairobi, Mombassa, Addis Ababa, Mauritius, Abijan, Yaounde, Dakar, Johannesburg, Kampala, Banjul but to mention a few.

“As a forum to review and measure the progress of practice vis a viz global practice and build a strong fraternity of public relations professionals on the continent, the conferences have been sought after as a ‘must host’ for many countries who wish to use it as a platform for energizing practice as well as showcase the country and host state to the world”, he said, adding that it is against this backdrop that Calabar, Cross River State, Nigeria was announced as venue for the APRA 28th annual conference.

According to the Secretary-General, the theme is deliberate because the key challenges of Africa lie in communication. “When we look at the issues of economic emancipation, infrastructural deficit, improved governance, citizens’ engagement etc, communication has a most significant role to play and it is against this backdrop that we have chosen to discuss and proffer solutions”, Badejo-Okusanya said.

Other speakers include Robyn de Villiers, Chairman and CEO of Burson Marsteller Africa who has well over 25 years of strategic communications experience advising clients across multiple sectors including privately-owned companies to multinationals, NGO’s and government bodies. The Conference is expected to draw attendees, speakers and facilitators from all over Africa, Europe, Asia and North America.

Meanwhile, the organisers have stated that this edition will not only be for professionals in public relations but also for those in advertising, journalism and film making. It is expected that at the end of the conference, participants will be better equipped for optimal performance and we would have raised the bar of our dear profession.

NIPR Gets Study Centre In Kaduna