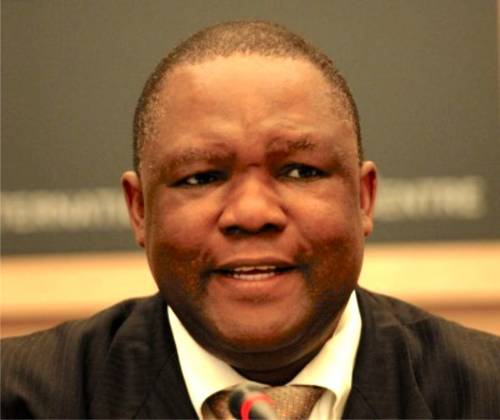 This is yet another time to advise the authorities in Abuja and other state capitals on the expediency of taking perception management as a serious national security issue – before it is too late. I have written on this matter several times here but then we will continue to pray about this until something happens. I believe it is a weightier matter of public policy that Abuja should not ignore at the moment.

We do not need to speak in tongues about the fact that there is growing but unmanaged perception that Christians are being officially persecuted in Nigeria. This is dangerous and should be dealt with immediately. We have a social responsibility as gatekeepers to ensure that the country remains peaceful and securely so because we can only talk of economy, federalism and even elections when we are peaceful. We are aware that we need to get people to believe in Nigeria, a multi-religious state, as an indivisible entity according to our constitution.

But suddenly, for some curious reasons, the country is being seen as divided between Christians and Muslims. And so it is unfortunate today that when even public service appointments are announced, data analysts begin to count how many Christians and Muslims are there. Most times, we run away with the old western media fallacy that the fight for the soul of Nigeria is between the Muslim-dominated North and Christian-dominated South.

The annulled June 1993 presidential election outcome had threatened to wipe out this perception with a Muslim-Muslim ticket that no Christian protested at the time. But the annulment of the result by the military government then has since destroyed the foundation of coherence, tolerance and basis for unity in the country.

Most people believe that the beauty of Abiola-Kingibe 1993 presidential ticket would never happen again, no thanks to mismanagement of politics in Africa’s richest and most populous nation. That is why the way perception is fast growing again that Christians are generally not safe in the country is unfortunate and it must be dealt with now. This is not a time to be pinpointing who is who in government. This is not a time to be listing who occupies where in the ministries, departments and agencies of government. It is just a time to advise the duty bearers in the country to get experts in risk analysis who can speak to the power of negative perception and the need to recognise understanding of its danger at this time. Here is the thing, a government may be working on a particular public policy in public interest but the people may see the policy as evil unless it demonstrates and explains to them clearly that it is in public interest. Where good opinion polls are conducted, results of public perception will show how the people view certain policies.

That is why the federal authorities should get experts to do ‘risk analysis’ and ‘perception index’ on the way various publics have been affected by three current events as amplified by the media, which didn’t create them.

The issues: Dr Obadiah Mailafia, former deputy governor of Central Bank of Nigeria (CBN), a Christian from Southern Kaduna (now in the eye of the storm) spoke to an FM station on an issue State Security operatives considered hateful shortly after a retouched National Broadcasting Code was released. The DSS had twice interrogated him on the alleged hate speech. The FM station has been fined N5 million for the Mailafia interview. The latest was that the police authorities too had invited Mailafia for the same ‘offence’ and he had to rush to court to enforce his right as a citizen. The immediate consequence of the incessant interrogations of this Oxford-trained technocrat is that he just resigned from the National Institute for Policy and Strategic Studies (NIPSS), Kuru, Plateau State where he has been a resource person to the policy research centre. In the absence of open information to others in this complex federation of complicated diversity, some perception is growing that Dr. Mailafia is facing this alleged harassment because he is a Christian from Southern Kaduna whose people are perceived too to be facing ‘state terror’. Who’s analysing this risk to the authorities in Abuja and Kaduna? Do the authorities know too that where rebellion is being cooked in the minds, there is another subset that nurtures the perception that most of the intelligence and security units interrogating the Mailafias are headed by Muslims? That is another element in the complex perception mix. That too should not be ignored.

It is also relevant to alert the authorities that the brouhaha about the implications of the new Company and Allied Matters Act (CAMA) has been largely worsened by Christian bodies’ perception that they are being targeted for persecution. It may not yet be reality but I hope the authorities have realised that as Pastor Femi Ayoyebi, a Senior Advocate of Nigeria (SAN) and a senior pastor of RCCG has noted, most of the angry commentators on the voluminous CAMA might not have read all the provisions. But that is what perception management should target. This CAMA controversy cropped up like a sore thumb at a time another controversy about the National Population Commission (NPC) was brewing so dastardly.

There was a credible report early last week that Ali Silas Agara, a Christian nominated to take over as Chairman of National Population Commission, (NPC) had been replaced with a Muslim, Hon Kwarra Nasiru Isa.

President Muhammadu Buhari had in two separate letters dated March 20 and August 12, 2020, nominated Agara, a former deputy governor of Nasarawa State to head the NPC.
The letter by the President also contained names of individuals, who would serve as members of the Commission for five years as stipulated by an extant law. Others recommended alongside Agara are Muhammed Chuso A. Dottijo, member from Sokoto; Alhaji Razaq Gidado, member from Kwara; Ibrahim Mohammed, member from Bauchi; Joseph Kwai Shazin, member from FCT; Engineer Bala Almu Banya, member from Katsina; and Mrs Bimbola Salu-Hundeyin, member from Lagos.
“The positions to which appointments are to be made include the office of the Chairman from Nassarawa State, four new commissioners representing Sokoto, Kwara, Bauchi and the FCT, as well as the renewal of the appointment of others,” one of the letters by the President reads.
But according to another letter dated August 21, Isa also from Nasarawa State, was named as NPC Chairman while Agara was reportedly downgraded to a member of the Commission.

An online newspaper had earlier scooped how some officials within the Nigerian Government were not comfortable with Agara’s nomination being a Christian.
A source had confirmed to the digital newspaper that Abdullahi Sule, the Governor of Nasarawa state, a Muslim was among top Northern Muslims, who worked against a Christian being appointed to head the Commission. The governor has since denied his involvement but the report heightens the growing contention between perception and reality, in this regard. As I was saying, this is not a time to be using data about who’s is where as that can put another pin in the balloon of this complex and fragile nation.

The specific objective here is to advise the authorities not to allow their actions to promote what we call the fault lines – religion and ethnicity in Nigeria, our Nigeria.

But for poor public relations management strategy here, the CAMA provisions wouldn’t have been so secret. The amendment bill was in the National Assembly and it went through all the stages. Dr. Chidi Odinkalu, a vigilant lawyer, drew attention to it earlier. The federal legislature is made up of representatives from 360 federal constituencies and 109 senatorial districts across our 774 local government councils. Members are Muslims and Christians. What I would like to ask is why our representatives did not envisage the kind of reactions we are getting now from the Christian community. Reading through the entire CAMA provisions including Sections 823-835, which provide for the registration of voluntary organisations such as religious, educational, customary, social, cultural, sporting, charitable, and so on, by their trustees, I think what we need at this moment is management of perception.

Besides, our representatives, our local Nigerian Bar Associations, local Legal Aid Council offices, law enforcement agencies, NGOs, our dormant local and national orientation agencies and judicial desks of the news media should be involved in civic education on the meaning and consequences of accepting to be Trustees of some of the associations, or non-profits we incorporate and even faith-based ones. There is a general misconception about regulation here. There is also a great deal of misunderstanding about the role, function, responsibility of Trustees we always bandy. Pastor Atoyebi was quite sincere and resourceful about this when he touched on the implications, in this regard.
In this country, you will have a big hit if you take people in authorities to the cleaners whenever they talk about regulation and responsibilities of ‘Trustees of Organisations’.

Le’s restate here that the Nigerian Bar Association (NBA) and lawyers in the management of our faith-based organisations, especially churches and mosques need to know that we cannot continue to understand the rule of law only in the context of how our leaders and public officials only obey the laws. So, lawyers in our families, in our organisations should begin to educate all of us about the implications of accepting nominations to be ‘Trustees’ of any Foundation, Societies, Organisations, etc. We need civic education on “Corporate Governance and Legal Aspect of Organisation or Ministry” we run at this moment within this CAMA context.

We need to know key corporate governance issues on registration of ministry/organization and board of trustees. For faith-based organisations, we need to know that the law that guides an NGO is the same that guides the church or mosque. The same law that registers a church, for instance is the same that registers an organisation that can also become a terrorist organization regardless of who is in power. We need to understand that once you register your coming together, there are rules you must abide by. Once you register your church, or mosque or organization or Foundation or society, you make yourself susceptible to the rule of law.

So, being a trustee is not a title, it is a sensitive and even dangerous responsibility. You will be made to hold in trust ‘assets and liabilities’ of that company or organization or church or mosque. There are grave implications embedded in CAMA as in most societies. So, even as we criticise the new provisions in CAMA, we need to seek legal education on our rights and fiduciary responsibilities as Trustees of not-for-profit organisations. Ignorance of this, in the end, will not be an excuse. We should begin to teach our people basic things about corporate governance. It doesn’t matter whether you are a small or mega organisation. Let’s begin to understand the simple side of how the law should rule us and our organisations, too.

Martins Oloja is a Columnist with the Guardian