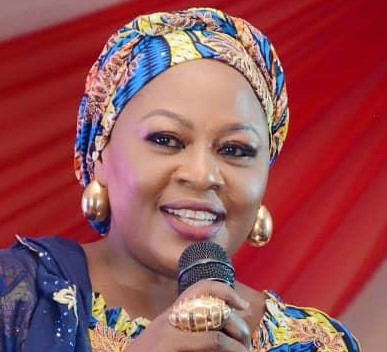 The Nigerian Institute of Public Relations, FCT Chapter has become like the latest sensation competing brand detergent in the market “Waw”. Those who have short memories like me may not be able to remember the days of the “omo” or “Elephant” brands when we are thoroughly “Waw-ed” in our homes, the streets and our offices. The reason for this is simple. The evocation of the trendy sensation has a capacity of blurring the image of the old. But these are just facts associated with premiership which our revered Fellow, Dr. Ike acknowledged as belonging to the classical tradition. Organizations and people have gone through obvious metamorphosis. While premiership might have been conceded to our brother Chapter, the Capital Chapter has been roundly confirmed as the Numero Uno. If the Numero Uno Chapter therefore were to be a ‘babe’, she would have been tagged as the ‘Golden slay Queen’ of the high street… (please do not reveal this to anyone… I have a feeling that our parent is even considering dissolving its identity to the FCT. Having been thoroughly enamored by the avataric achievements of this simple but noble child, our parent may start bearing such tags as the Numero Uno or Flagship Institute. This is just how far a child can go to make his or her parent a proud one.

As hinted somewhere in this piece, organizations and individuals usually go through a process of metamorphosis just like a plant in a manner that attempts to document chequered historical trajectories. NIPR FCT have eminently passed through this process. Just when you think that you have seen it all, the avant-garde would do a triple roll over real time to enamor you to no end. This piece is also in appreciation of the various contributions and sacrifices of the past leaders of the Institute in the Chapter.

In the year 2016, our vintage Dr. Fellow Ike Neliaku brought a new lexicon into the Chapter. We started hearing the word “World class AGM”. Personally, I started imagining things and had to put a question to no one in particular… “What does this urbane gentleman mean by world class AGM? Does it mean that a child will start jumping before he is yet to start walking? Will a child go international before his or her parent? But I didn’t have to let my hunches go wild when the man with his signature grey hair calmed my imaginations. The grey haired Fellow confirmed to me that what a child would have ascended the skyscraper to observe, the man with the white hair will sit below to tell the color of the eye…(Never mind what the jet generation are doing to their hairs these days). They paint their hairs grey, white or blonde in the hope to acquire artificial wisdom. Fellow Ike Neliaku would go on to reconfirm his hold on his idea of a world class AGM and Conference in 2017 also before yielding the stage to another grey haird urbane gentleman… Franklin Ginger Ekeh. Mr. Ekeh gingerly gingered the FCT AGM and Conference in 2018 and 2019 respectively… and the whole world stood still in awe of the “Brand” Numero Uno Chapter. Just, when the global pandemic thought it had devastated the world in 2020 including the Numero Uno Chapter of the NIPR, an even greater stunt was showcased to the world in 2021 through the instrumentality of the indefatigable Hajia Maryam Sanusi led Executive Committee on one hand and propelled by an astute organizational capacitor, a dynamite, Stanley Azuka Ogadigo.

For those who might not understand the meaning of Azuka – Azuka means that the back side is stronger. I am told that even the female backside may count as well. Don’t you believe?.. 😄. To confirm this, Stanley carried the Chapter on his petite but strong back twice in 2021 to establish the Numero Uno Chapter as a branch to beat. What of the sterling showing at the National AGM and Conference in Bauchi in May 2021 and now another one belonging to the Chapter in November, 2021?
Azuka may not be grey haird yet, but he packed a massive share of the wisdomic Solomon. Just like the previous outings from 2016, Azuka helped the World to understand the true meaning of a wine getting better with age.

The planning of the NIPR FCT 2021 AGM and Conference was not only daunting, but tasked the tenacious spirit of the AGM team led by Azuka. Just under 2 months of planning, Azuka literally dragged the team members to the kitchen, forced them to cook a familiar but hard meal, juggling the recipes that looked somewhat confusing. What with the hard economic reality? What with the turbulent family, individual and organization’s issues? How would the expected participants and members respond to their financial obligations towards the components of the AGM and Conference? So many questions than answers. But did members respond positively? Yeah! and much more. It was one AGM and Conference which surpassed expectations beyond target. The execution was finally clinical. We must give God, this one glory.
Our Chairman, Hajia Sanusi acknowledged this in her beautiful welcome speech… That she has become a proud leader because she is surrounded by highly sensitive, responsible, eminent and intelligent members. If na you nko?.. 😄.

Today, when we look back to the road the Institute and our chapter has traveled and the level of transformation, we cannot deny the Almighty God, His due regard and glory.
Congratulations FCT Chapter of the Nigerian Institute of Public Relations.
The Numero Uno and the flagship Chapter.
As for me, I have long followed my passion. What about you?

Osinbajo urges Journalists to be civic vigilance, belief in rule of...